What is an urban clearway?

What is an urban clearway?

Confused about urban clearway signs? This article has got you covered. Read on to discover everything you need to know to stay safe on the road.

The Urban Clearway sign indicates the times in which you are not allowed to stop your vehicle within that zone unless you’re simply picking up or dropping off passengers.

There will be no road markings in Urban Clearway zones, but instead will be signposted at intervals until you see a sign that displays ‘end’.

Can you park in an Urban Clearway?

Parking in an Urban Clearway is permitted, but not during the signposted hours.

The signposted hours are most commonly just rush hours to allow a free flow of traffic at peak and high-risk congestion times.

However, overnight and during quieter hours, parking is usually permitted.

Parking, loading and unloading in an Urban Clearway zone during the signposted hours, breaks contravention code 46C – this goes for blue badge holders too.

Remember this information when you’re attending your theory test! 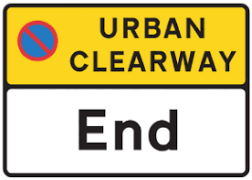 What are the Clearway restrictions?

The restrictions of the Clearway depends on the times that are signposted.

There are also 24-hour Clearways that are usually just signposted as a blue circle with a red cross and the words ‘no stopping’.

Although a 24 hour ‘no stopping’ Clearway may be in place, there could still be designated parking bays or the possibility to park on a verge if it does not obstruct the carriageway

Another name for the 24-hour Clearway is the Rural Clearway, as they were originally designed as a method of keeping roads clear in rural areas.

What is a red route – and how does it differ from an Urban Clearway?

Red routes are common along major roads in bigger cities, like London. They are indicated by signposts and red lines around junctions.

In these zones, stopping is only permitted in laybys. In some cases, a red route may have double red lines all the way along them, which signifies that a vehicle is prohibited from stopping at any time.

Other red routes could have a single red line, which means regulations only apply during signposted times.

Unlike Urban Clearways, you cannot stop to drop off or pick up passengers or goods during signposted signs, unless you are a taxi or blue badge holder. 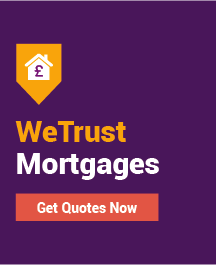 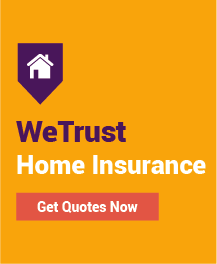 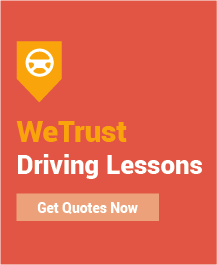 A free newsletter from WeTrust, unmissable news, deals and money-saving tips delivered to your inbox every week, along with information about WeTrust products and services.

WeTrust car insurance quotes are provided by Seopa Limited who are authorised and regulated by the Financial Conduct Authority.

*51% of consumers could save £200. We split the providers on our system into different categories. We then selected quotes from the high volume sales providers as well as quotes from other providers which returned a price. Based on UK insurance market share data made available by the ABI, by way of a weighted selection process, we selected the cheapest of either the high volume sales providers or other providers ("the cheapest selected quote"). We then compared the cheapest quote on our system against the cheapest selected quote. We then took the savings figure which 51% or over could have saved using that formula. The savings you could achieve are dependent on your individual circumstances and how you selected your current insurance supplier.

WeTrust Home Energy comparisons and quotes are provided by Energylinx who are fully accredited to the Ofgem Confidence Code to compare energy for domestic consumers.

WeTrust Personal Loans are provided by Fluent Loans who are loan brokers, not a lender, Fluent Loans are authorised and regulated by the Financial Conduct Authority.

THINK CAREFULLY BEFORE SECURING OTHER DEBTS AGAINST YOUR HOME. YOUR HOME MAY BE REPOSSESSED IF YOU DO NOT KEEP UP REPAYMENTS ON A MORTGAGE OR ANY OTHER DEBT SECURED ON IT.

IF YOU ARE THINKING OF CONSOLIDATING EXISTING BORROWING YOU SHOULD BE AWARE THAT YOU MAY BE EXTENDING THE TERMS OF THE DEBT AND INCREASING THE TOTAL AMOUNT YOU REPAY.

WeTrust.co.uk Limited is registered in England and Wales, our company registration no is 09440191. Our registered address is: 1 Mychell House, Pincott Road, London, SW19 2NN, United Kingdom.

WeTrust.co.uk Limited is authorised and regulated by the Financial Conduct Authority. Our FCA firm reference no is 780799. You may check this on the Financial Services Register by visiting the FCA website.

WeTrust.co.uk Limited Data Protection Registration no is ZA271255 . You may check this on the Information Commission Office (ICO) website by visiting the ICO Website.

Our website is completely free for you to use but we may receive a commission from some of the companies we feature. WeTrust.co.uk Limited is a credit broker not a lender.

Vehicles and Devices shown are for illustration purposes only. All offers are subject to change at any time and are subject to finance approval and product availability. On certain products, including car leasing, WeTrust has elected one provider to fulfil price comparisons.